"Firefighters use Meet at the scene of fires to communicate to central command, so the chief fire officer doesn't have to drive to the scene." 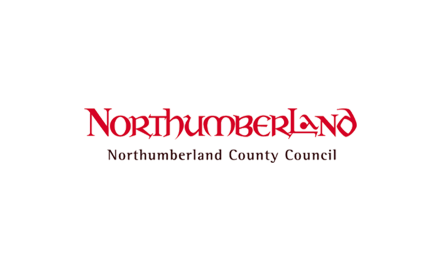 We had a very big legacy setup that was costing us a fortune in licensing and devices,” says Neil Arnold, Chief Information Officer at Northumberland County Council. “We decided to bring people together in a central hub to make teams more agile.

A day in the life of an employee at Northumberland County Council in northern England involves everything from running schools, repairing roads or literally putting out fires. It’s work that never stops and that stretches across a rural area the size of Greater London with 330,000 citizens and three million sheep. Two years ago, the Northumberland IT team started to notice strain in their service infrastructure which connects 380 locations across the region, and recent budget cuts made that system feel increasingly unworkable.

"We had a very big legacy setup that was costing us a fortune in licensing and devices,” says Neil Arnold, Chief Information Officer at Northumberland County Council. “We decided to bring people together in a central hub to make teams more agile."

Creating Google Workspace champions: after evaluation, Arnold and his team chose Google Workspace for its functionality and flexibility. The team relied on Netpremacy, a Google Cloud partner, to train 300 staff members to educate colleagues on how to use Google Workspace. Within months, 5,500 corporate users and 11,500 schools users had been set up with Google Workspace accounts. “Without the support of Netpremacy, we wouldn't have been able to implement as rapidly as we did,” says Arnold. “They recognized the cultural challenges. There was skepticism at first, but users really took the tools to heart when they could see the benefits.”

From different locations across the region, staff began working collaboratively on Docs and Sheets and inviting others to join. The team saved money by switching to Chromebooks and Arnold and his colleagues started using Google Meet to join meetings to stay synced on daily work.

Even firefighters, who were reluctant to try out Google Meet at first, started using it regularly. “Firefighters now use Google Meet at the scene of fires to communicate with central command, monitor the fire, and decide how many vehicles they need,” says Arnold. “The chief fire officer doesn't have to get in his car and drive out to the scene to help — he can do it all from wherever he is.”

The next step for Arnold and his team is to bring Google Workspace to the classroom. “We've got a lot of schools using Google Classroom successfully,” he says, “and we want to roll Google Workspace out to more schools. It’ll be a big efficiency for them, because many have small file servers on site, that they manage themselves or pay a third-party to manage. Drive will help them decommission that.”

Meanwhile, outdated exchange and file servers are being closed down across the council as data is seamlessly transferred to Google Cloud. The new central office for the county is set to open in 2019, and Arnold does not plan to have a datacenter at the new building: “That footprint’s going to reduce over the next three years to virtually nothing.”

“I've been working in IT for over 30 years and this has been one of the most successful and satisfying projects I've ever been involved in,” says Arnold. “We’ve achieved more than we expected and using Google Workspace has been a tremendous catalyst for change.”