A conversation with 3 small business owners

During 2016 Small Business Week, we invited a group of small business owners from a variety of product types and geographical locations to chat on Periscope. They shared with us their views on how to be an effective entrepreneur in the digital age.

Dana Loia founded Dana’s Bakery to bring a uniquely American twist to the traditional French sweet the macaron. Julie Frederikson and Chelsa Crowley launched Stowaway Cosmetics to solve a problem they both had: makeup that was so bulky it would expire before they could use it all. These small businesses have something in common besides being women-owned: they both began as ecommerce solutions and later made the move to brick and mortar. Here are some of the insights that Loia, Crowley, and Frederikson share for aspiring entrepreneurs.

First, find a problem that needs to be solved

Frederikson and Crowley came up with the idea for “right-sized cosmetics” after finding that the traditional sizes were not convenient for their busy modern lives. “It’s not the 1950s,” Crowley muses. “We’re not sitting around the boudoir. We’re on the move!” Stowaway sells makeup in smaller sizes, and that solves a lot of problems for women whose lives are too hectic to lug around a giant makeup bag. And as a bonus, Crowley and Frederikson found that they could formulate cosmetics with fewer chemicals, because smaller products don’t need to last as long.

Choose a partner who complements you

Frederikson and Crowley are the yin to each other’s yang: they have different educations and different backgrounds, and even look at makeup differently. If you’re starting a digital business, think about the skillsets you’ll need to get liftoff: ecommerce, product development, sales, marketing. Figure out what you’re bad at, and find someone who is good at those things. 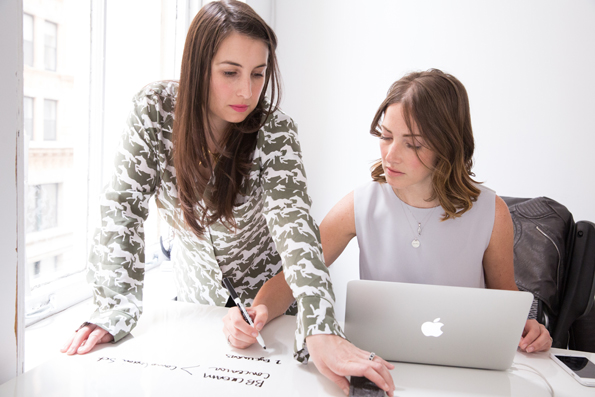 Use every resource at your disposal

The bonus of being a digital business is that there are so many free and inexpensive tools available. The important thing is to find the tools that work for your business—ironically, fancier tools sometimes see less adoption.

We keep everything in Google Drive. We’re such a small team that as long as it’s live, we can edit it together and see who’s doing what at all times.

Take it one item at a time

Frederikson uses daily “burn-down” lists to check off just what she can accomplish today, and that prevents her from what she calls “future freaking.” When you think ahead to all the things you need to do to succeed in the next quarter, year, or decade, it can be overwhelming. You have to have an end goal in mind, but take it day by day with milestones and checklists.

Don’t be afraid to be bad

By working on one thing at a time, one day at a time, suddenly, four weeks later, you’ll look back and realize you’ve made great progress. Often, that progress comes from being willing to be bad at things, at least at first.

It’s about shooting for organized chaos. Don’t worry about all the things you’re doing wrong, and never be embarrassed. Go right ahead and fumble through everything at first!

Go digital, then land it on the ground

It used to be that retail operations started as stores and then added ecommerce, but today, it’s often the opposite. Both Dana’s Bakery and Stowaway Cosmetics began as digital companies.

We’re in a digital age, and if you don’t have a giant budget to begin with, e-commerce is a great way to reach the masses and keep the expenses low.

After Dana’s Bakery proved itself online, Loia was able to land some funding to open a brick and mortar store and even a few pop-ups around the country. She targets her macarons to a nationwide audience, and ecommerce makes that easy.​ 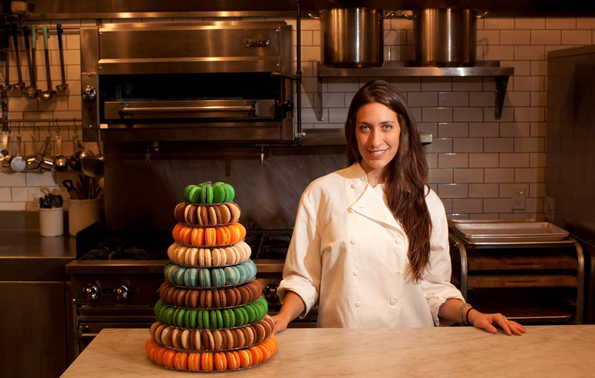 Consumers often need a bunch of touch points before they commit to buy. They’ll read about a product, see an ad, catch a Tweet—then suddenly the product seems familiar, and they wonder why they don’t already have it.

When Loia launched Dana’s Bakery, she used all the free tools she could get her hands on to spread the word, especially relying on social media as a free marketing tool. She added, “It’s a domino effect. Someone Tweets, someone re-Tweets, and it spreads.”

Once that grassroots marketing has taken hold and you have a little change in your pocket, you can turn to “the big guns”—things like paid advertising, retargeting, and Google Adwords. And don’t forget about SEO: It’s about getting to the top of those search results and staying current as algorithms change. You have to stay relevant in a space, because it’s ever-changing.