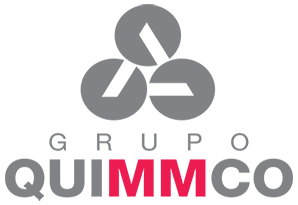 Quimmco is an industrial construction consortium that works in fields such as chemical production, metalworking, and precision machining. Founded in 1989 and with more than $1 billion in revenue, the family-owned business helps customers meet their challenges by emphasizing continuous innovation.

As a multinational industrial provider in markets including metalworking and chemical formulation, Quimmco has more than 5,600 employees worldwide. For daily work, the company sought a productivity solution that would provide flexible updates and allow all of its team members to more easily communicate and collaborate.

• Saves 2.1 hours per week for each employee with Google Workspace cloud file management

"We initially wanted to replace Microsoft Office with Google Workspace but we got much more than that. We got a productivity suite that not only helped us with our front office needs, but introduced us to an ecosystem of tools that surpassed our expectations." – Jorge Treviño, Chief Information Officer, Quimmco

Internally, the Quimmco team has seen immediate benefits since migrating to Google Workspace. According to internal surveys, staff members have seen a 47 percent boost in productivity and a 45 percent increase in remote or multi-platform work. "Employees can more easily collaborate and it's led to a nearly 50 percent jump in productivity. On average, employees also save 2.1 hours per week thanks to Google Workspace and all of its tools," says Jorge Treviño, Chief Information Officer at Quimmco.