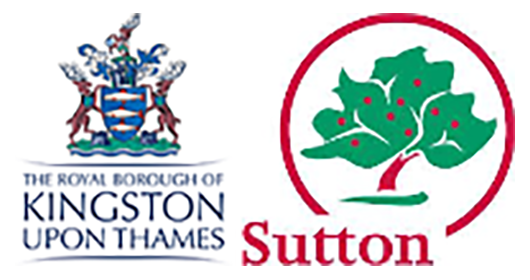 • Enables resource sharing across distances thanks to more mobile tools

London’s local authorities handle everything from social care, to libraries, to refuse collection for the residents of one of the largest, busiest, and most diverse cities in the world. Since 2010, maintaining excellent service to citizens has been complicated by cuts to local government budgets, which is why Kingston London Borough Council and Sutton London Borough Council decided to share services such as ICT, HR, and finance.

“Like every UK local authority, we have to work with constantly reduced budgets,” explains Mark Lumley, Head of ICT at the Shared ICT Service for Kingston and Sutton London Borough Councils. “That means we have far fewer resources and we have to be efficient, so that we can continue to deliver our services. Making constant efficiency gains enables us to keep the lights on, so we have to drive digital efficiency and change across the organisation to make us better able to provide the services people expect.”

“Like every U.K. local authority, we have to work with constantly reduced budgets. That means we have far fewer resources and we have to be efficient, so that we can continue to deliver our services. Making constant efficiency gains enables us to keep the lights on.” Mark Lumley, Head of ICT, Shared ICT Service, Kingston and Sutton London Borough Councils

With 4,500 users at more than 104 locations, including social enterprises such as the award-winning Achieving for Children, the team selected email infrastructure as a key area for optimisation. Previously, the councils operated a legacy email solution with data centres, on-premises servers, and a wide area network. To replace it, the councils looked for a cloud-based alternative that would be easier to administer and maintain.

“Google Workspace has enabled a number of shared service arrangements to take place across the two organisations and then wider,” says David Grasty, Service Development Manager at the Shared ICT Service for Kingston and Sutton London Borough Councils. “Now, in terms of shared services, we have ICT, finance, customer services, HR, pensions, highways and transportation, and regulatory services. Without Google Workspace, these groups would not be able to provide those sets of services across multiple organisations so easily. Google Workspace has made that collaboration possible.”

Choosing the right culture for cloud

For large and geographically-dispersed organisations, switching to a cloud communications solution can be a complicated decision. Beyond the immediate and theoretical gains, there are wider considerations about changing work culture and retraining teams.

That’s why the team at the Shared ICT Service for Kingston and Sutton Councils compared Google Workspace with a leading cloud-based alternative and ran a series of benchmark tests. “At the time that we were doing the review,” says David, “the collaboration features in Google Workspace were so far ahead of the alternative that the decision was almost a no brainer. Google Workspace is still ahead in terms of innovation.”

For shared services such as ICT, Google Meet emerged as a way to pull teams together across distance. “Running our shared IT service without Google Meet would be a nightmare, if not impossible,” says Mark. “Our team spends around 50% of its time at each location, so having team meetings and one-to-ones in-person is hard to organise. Google Meet enables that collaboration. Not having to worry about where team members are going to physically be is a major advantage.”

“The collaborative element within Google Workspace products as a whole is fantastic for us,” adds David. “The ease of collaboration in Google Docs, for example, gets rid of the email trail. When you’re creating a document and you're not in the same place as your workmates, you can immediately see what everybody else is typing, and that saves so much time.”

“When you have multiple people in a document creating content, they work with each other, agree, disagree, follow up with each other, and correct mistakes,” says Mark. “When you’re trying to get content out quickly, that's hugely powerful.”

“Google Workspace has changed the way we work,” adds David. “Now we put meetings in Google Calendar to write documents together using Google Docs. Instead of an offline task, when everyone does their bit in isolation and someone would have to collate the documents, now they all put time aside to write at the same time, so there’s less time asking questions and less confusion. And at the end of it, you get a better document.”

“Now we put meetings in Google Calendar to write documents together using Google Docs. Instead of an offline task, when everyone did their bit in isolation and someone would have to collate the documents, they all put time aside to write at the same time, so there’s less time asking questions and less confusion.” David Grasty, Service Development Manager, Shared ICT Service, Kingston and Sutton London Borough Councils

Across the organisation, teams are developing their own innovations based on Google Workspace. “Rather than requiring IT to come up with solutions, they're coming up with their own,” says Mark. “Google Forms in particular is an unsung hero of Google Workspace. Whether in internal feedback gathering exercises, budget monitoring, or even appraisals, we see multiple improvements emerging organically from the potential of Google Forms. Within IT, we’ve just done an audit of our phones, where we sent an SMS with a link to a Google Form to every phone, requesting users to enter their details, which then automatically populated a Google Sheets. We don't have to coordinate it in any way, and we get results very fast. That’s a typical issue of asset management in a large organisation, made much more efficient.”

“We have a sustainable transport team in Kingston that used to be very heavily paper based when handling cycling training,” says David. “They've now moved that over into Google Forms, which isn’t just faster, it also means they can share the information with those who need it, such as schools. Getting rid of that paper chain is a major change that they've done for themselves, without investing in an external consultancy or needing more from us than our approval. They saw the opportunity and, with Google Workspace, they made it happen.”

Driving change throughout the area

Now Kingston and Sutton London Borough Councils are rolling out fast, simple, and cost-effective Google Chrome devices to all users, part of a wider project to empower teams to create their own solutions.

“We aim to make our ICT service more proactive than reactive,” says Mark. “The map of our sites is huge and it’s growing. We don't want to be doing mundane things, we want to be adding value and changing business processes within the organisation. Google Workspace is a big part of that fundamental change, and we want to be out there, driving that change in work culture and attitudes across both councils.”

Based in the United Kingdom, Cloud Technology Solutions is a Google Cloud Premier Partner that helps companies use the cloud to transform their businesses.