RLE International is migrating to Google Workspace and Google Cloud, building a flexible IT infrastructure to support collaboration across the globe and meet the needs of the modern auto industry. 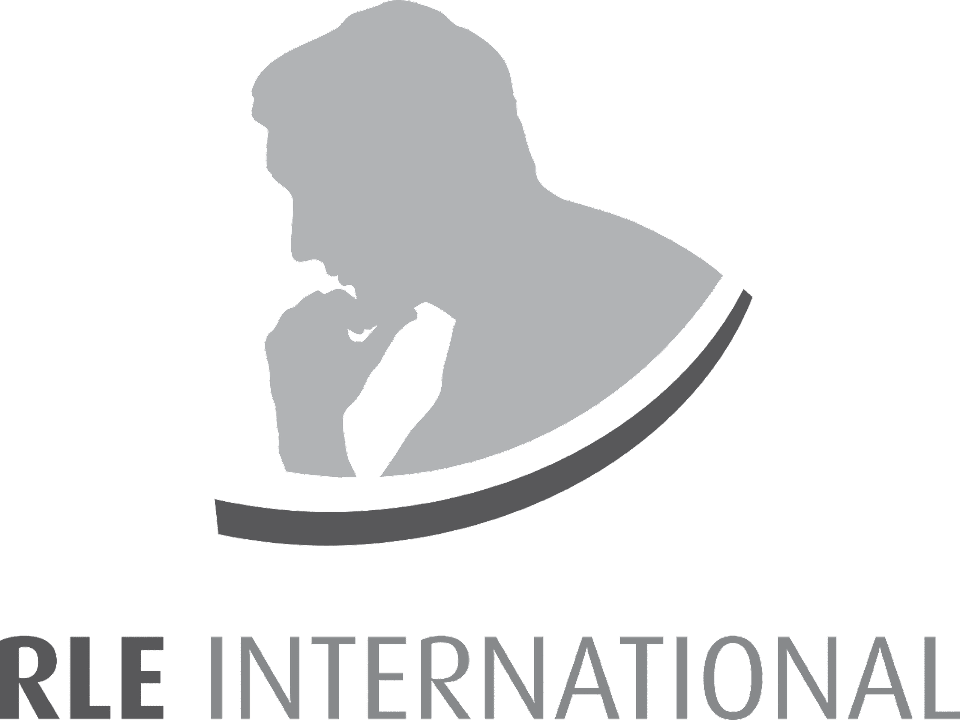 RLE International is known for its sophisticated engineering solutions in various fields including renewable energies, bionics, and transportation. Headquartered in Overath near Cologne, it has more than 2,000 employees worldwide.

• Enables quick and easy collaboration for both internal and external projects, speeding up delivery to clients
• Improves the working environment for management and employees, fostering an open and flexible culture that attracts talent
• Offers a scalable infrastructure that reduces capex and can be scaled down to control costs

“The automotive market is changing rapidly. Something new is appearing every month, and software development is becoming increasingly important. Our choice of cloud provider needs to tell the world: we understand the future.” —Thomas Staab, CIO, RLE International

In ten years’ time, the car you drive might be shared, electric, or could even drive itself. The automotive sector is being transformed by technology-driven trends including a focus on electric and autonomous vehicles. In addition to this, new players are entering the market, bringing new ideas and ways of working, which means the way cars are manufactured is also evolving.

RLE International is witnessing this evolution firsthand, as it provides engineering services to many leading car manufacturers and resellers (known as automotive original equipment manufacturers, or OEMs) around the world. Based in Overath, near Cologne, it has been servicing Germany’s long-established and well-regarded automobile industry since 1985, and counts Ford, Opel, Nissan, Aston Martin, and Jaguar among its clients. RLE also works with brands around the world and newer OEMs, and has offices in the US, India, Australia, the UK, China, and Singapore. Its focus in the next few years is to continue to expand globally, while developing a digital business model that meets the needs of the modern car manufacturing and design.

To achieve this goal, RLE’s CEO, Ralf Laufenberg, is prioritizing building a modern IT infrastructure for the company. In 2018, he hired CIO Thomas Staab to instigate the changes needed to update RLE’s IT provision. “When I first arrived at RLE a year and a half ago, it was clear things had to change,” says Thomas. “Like many companies involved in the car industry in Germany, things were still being done the old-fashioned way, but that was creating many challenges. We needed to find better ways of working together, and with our clients.”

After putting together a team to lead the company’s digital transformation, Thomas defined a list of action points to take the company forward. As well as enabling its employees to work more flexibly and effectively, RLE wanted to open up opportunities for advanced software development. Working with Google to use Google Workspace and Google Cloud offered a comprehensive solution.

“The automotive market is changing rapidly,” says Thomas. “Something new is appearing every month, and software development is becoming increasingly important. Our choice of cloud provider needs to tell the world: we understand the future.”

“We need to be sure we always deliver the right file version, to maintain client trust. It’s much easier to do that when we’re all working on a single document on Google Drive.” —Thomas Staab, CIO, RLE International

It takes a lot of teamwork to develop, design, and build a vehicle. RLE had previously relied on in-house servers and on-premises software, so employees often had to travel between offices when they needed to work together across teams. Sharing the large CAD files used to design products was also a problem. With more than 2,000 employees worldwide, RLE needed a centralized way for them to access and share data, no matter where they were located.

“Our previous productivity software wasn’t coping with our needs: we had a lot of missing emails, as well as missing files,” says Patrick Thomas, IT Project Manager at RLE International. “We were using hard disks and various file transfer solutions to send 3D CAD files, and it was very difficult for our IT team to keep track of everything. Even teams based in different cities in Germany couldn’t work together effectively, as the infrastructure wasn’t in place.”

Following a positive meeting with the team at Google Cloud, and Google partner Cloudwürdig, RLE decided to migrate to Google Workspace. As CIO, Thomas helped to ensure a successful implementation: “Luckily, we had a team of engineers at RLE who were already very familiar with Google Workspace, and they became our early adopters,” he explains. “They already understood the benefits and were able to explain them to their colleagues. That really helped to prepare everyone for the change.” Cloudwürdig was able to give RLE a better understanding of the possibilities offered by the cloud. “They really opened our eyes to different ways of doing things,” says Patrick.

From experience, Cloudwürdig knew that a successful Google Workspace implementation needs to be approached from both a technical and a change perspective. “Our idea was to radically reimagine how RLE expected processes to work,” says Florian Kicherer, Head of Business Development at Cloudwürdig. RLE was open to the challenge, and to seeing what potential Google Workspace could bring to its organization.

With a well laid-out migration plan, Cloudwürdig ensured the most efficient technical shift. It also guided RLE through the creation and implementation of a change management strategy. “We were so glad that RLE’s CEO Ralf Laufenberg was willing to spearhead the internal campaign, telling his employees about the upcoming change to Google Workspace. It really sparked company-wide excitement,” says Florian.

RLE employees based in Germany, the US, and Spain now use Docs, Slides, and Sheets, and are able to work on the same document at the same time from different locations. “The Cloud Search function for Drive and Gmail is particularly useful for our employees, as some of them have been with us for a long time. One had more than 80 GB of emails!” says Patrick.

Effective data storage is important for RLE because it is responsible for storing information on its clients’ designs. “If an OEM comes to us and wants to benchmark a new model against one of their old models, we need to be able to pull up the files for a car from 20 years ago,” explains Thomas. “Before, that would have taken two or three people up to three days to collate. Now we can deliver the package of relevant files within 24 hours.”

Version control is also a critical issue, since it’s crucial that clients receive the correct version of presentations and design files. As employees now work on a single file together, Thomas says it’s much easier to avoid mistakes such as sending the wrong version to the client. “We need to be sure we always deliver the right file version, to maintain client trust,” he says. “It’s much easier to do that when we’re all working on a single document on Google Drive.”

Switching to Google Workspace has changed what day-to-day work looks like for everyone, from executives to engineers. The executive team is now able to join the weekly management meeting scheduled through Calendar via Google Meet, which has led to an increase in efficiency. “Before, our morning management meetings could last for two or three hours,” says Thomas. “People were delayed in traffic and arrived stressed. Now, we all join via Google Meet and the meeting culture is much better. We all join on time, and by 10:00 AM, we are finished and ready to start the day.”

Organizing meetings through Google Meet and Meet Hardware, and bringing together ideas using Jamboards also makes working with teams both internally and externally much simpler and reduces the amount of travel employees have to undertake.

Home working and working on the go has also become an option for employees, facilitated by Gmail and Mobile Management. “People tell me they just love the user experience of working on Gmail, and they can now work from their own devices, which they couldn’t do before,” says Thomas. Being able to offer flexible working is important for RLE as it is looking to attract the best talent. “In the big cities like Berlin and Cologne, there’s a big demand for software engineers, and it’s very difficult to attract the top developers,” says Patrick. “If we can enable them to work flexibly, that makes working with us a more attractive proposition.”

Working with a cloud-based infrastructure has also transformed the IT team itself. “There was always a lot of pressure on the IT team, as we are a relatively small team of 12 or so people,” says Patrick. “When we had physical servers, it could take weeks to order, ship, and install them. If there was an issue on the other side of the world, one of our team had to get on a plane and fly over there. Now, we can add extra capacity with a click and resolve issues remotely. We also no longer need a member of staff working exclusively on managing updates and patches.”

Designing tools for the future of the automotive industry

As well as implementing Google Workspace to improve employee productivity and deliver faster client service, RLE plans to use Google Cloud to build innovative new products. That includes an online ecommerce platform that will enable OEM clients to put together car packages to their own specifications online. “At the moment, this is all done in the old-fashioned way, through client meetings,” explains Thomas. “The platform will make it much easier for clients to place their orders and will offer transparency on the process, as they will be able to track key milestones.”

Pioneering the use of cloud computing for global growth

“We’re one of the first automotive companies in Germany to move to the cloud. With the support of Google Cloud, we can become a modern engineering company that is able to grow globally.” —Thomas Staab, CIO, RLE International

The next step is focusing on building RLE’s team of software developers to create tools for analysis that will serve the new generation of automotive vehicles. “We want to be able to analyze how electric cars travel around Germany, how they use the battery and so on,” Thomas explains. “Our plan is to build these tools on Google Cloud. The German car industry is world-leading, so it’s very hard to optimize processes—but we will be able to do it using machine learning.” The team also plans to migrate the RLE archive and backup to Google Cloud.

In addition, after trialing VMs on Compute Engine for a DMZ subnetwork, they’re also planning to use VMs to run a virtual desktop infrastructure (VDI) in the future that enables their engineers to work flexibly. “Previously, they were tied to a workstation, as they need a lot of computational power,” says Thomas. “Now they can work from wherever they need to be, including working on-site with client teams where necessary.” RLE is able to save money on workstation infrastructure because, when the VDI are not required, it can reduce VM capacity and save on costs.

“We’re one of the first automotive companies in Germany to move to the cloud,” Thomas says. “With the support of Google Cloud, we can become a modern engineering company that is able to grow globally. It will definitely generate opportunities for many new projects in the future.”

Cloudwürdig is a leading Cloud Service Provider based in Germany, specializing in the implementation of Google Workspace, Google Cloud, and Chrome for Business.