With Google Workspace, O2 Care Services is helping employees at its headquarters and in 320 agencies across France to work together, simplifying the switch to distance working during travel restrictions. 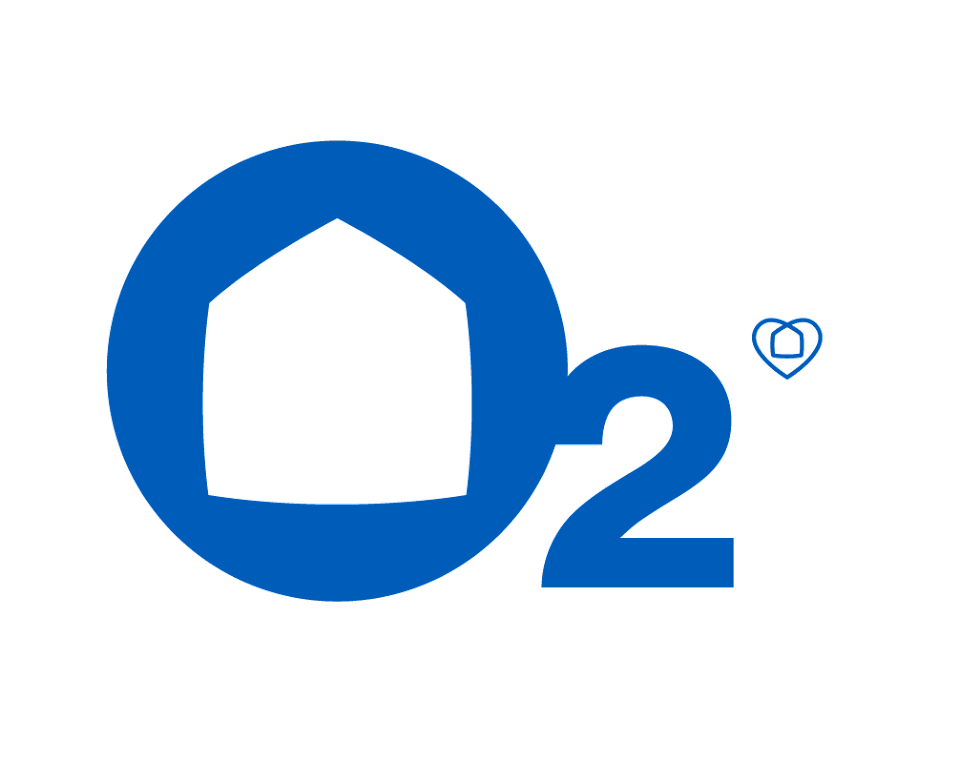 With more than 20 years' experience, O2 Care Services offers in-home services such as cleaning and childcare. It is headquartered in Le Mans, France, and is part of the Oui Care Group, a French market leader.

• Enables users to easily work on documents and presentations together across 320 agencies, digitizing processes with Google Forms
• Connects teams with Google Meet, keeping agencies in the loop and facilitating distance working from any device
• Helps systematize administration, making it easier to share appointment, training, and timesheet data efficiently
• Supports improved security and systems management, making it easier to create users and manage storage

"Information needs to flow easily within a company, so decisions can be made on the spot, not at the end of the month. Tools for sharing, interacting, and co-producing should be available from anywhere." —Chadi Mraghni, Chief Information Officer, O2 Care Services

The growing home services market is being shaped by a rise in online players as well as the shift to clients using their computer or phone to find a domestic cleaner, gardener, or nanny. But despite rising demand, the market remains fragmented, with a diversity of services and approaches on offer. In this context, the strength of O2 Care Services is its provision of multiple services ranging from cleaning to childcare, help with DIY and gardening tasks, and assistance for the elderly. It also prides itself on the high quality of care it delivers to more than 60,000 clients across France.

O2 Care Services has achieved its position by directly employing all its service providers to safeguard standards. "The challenges in our sector come from high levels of undeclared employment, which accounts for a third of the market and is dangerous for the client, and precarious for the worker," explains Chadi Mraghni, Chief Information Officer at O2 Care Services. "We employ all our service providers directly, but we're operating in a competitive context with narrow margins. In order to manage a large volume of distributed employees efficiently, we need to find ways to automate administration and save time."

For the 14,000 O2 Care Services employees who provide domestic services, deployed by 320 agencies located across France, O2 uses an innovative smartphone system to speed up time logging, using Google Android Zero-touch enrollment to make it easy to set up devices. "It's a huge time saving, as when the service provider arrives at the client's home, they scan a QR code to automatically clock in and clock out," says Chadi. But O2 Care Services also wanted to revolutionize the ways its sales, administrative, and managerial staff work, to help them collaborate better.

"When I arrived at O2 Care Services in 2017, I analyzed the needs of users by carrying out satisfaction surveys, interviews, and agency visits," explains Chadi. "There was a real need for collaborative spaces such as shared calendars and the ability to work together on documents." To achieve that, Chadi and his team chose to implement Google Workspace, as it fit with his vision of a platform that adapts to users' needs and ways of working.

"Information needs to flow easily within a company, so decisions can be made on the spot, not at the end of the month," says Chadi. "Tools for sharing, interacting, and co-producing should be available from anywhere."

Getting staff ready for a transformation in work practices

Before the migration to Google Workspace, employees were not able to work on documents such as contracts and presentations at the same time. "When I first arrived, I witnessed many conversations about quitting documents on the server to let someone else make changes," says Chadi. Staff had to send emails around to identify available meeting slots, and there was no way to share meeting information quickly and easily.

Working with implementation partner NRX, Chadi and his team migrated 1,800 administrative and managerial employees to Google Workspace, switching from an on-premises email server to Gmail. "NRX offered us the technical expertise we needed in terms of creating the accounts and managing the administration console," explains Chadi. Based on his experience of implementing Google Workspace at a previous employment, he then launched a change management and training program to support employee adoption of the tools, delivered over Google Meet.

"It's important to realize that making the switch to Google Workspace is not a technical project, it's a profound shift in working practices," says Chadi. "I recommend focusing on explaining how to integrate it into everyday tasks and demonstrating the benefits during training, rather than just introducing it as a tool with new functionalities."

Staff at the O2 Care Services headquarters and within agency offices are now able to easily work together simultaneously on reports and presentations, using Docs, Sheets, and Slides. "I use Google Docs to collaborate when editing contracts with third-party providers," says Chadi. "We just open it up and make edits and revisions in real time. It saves an enormous amount of time."

Both virtual and physical meetings and appointments are scheduled using Calendar, and client-facing employees receive details such as the address and phone number of the client they are meeting within Google Calendar invitations. "As soon as the call center operative schedules the meeting, all the information is there," says Chadi. "We've synchronized our centralized planning system with Google Calendar, so it's all shared automatically."

Following the migration to Google Workspace, staff satisfaction has been very high. "In our latest feedback survey, 97.5% of users were satisfied with the solution and over half chose 'Very Satisfied,'" says Chadi. "Google Workspace has also been chosen as one of the top two most significant improvements to the IT system in the past three years." According to Chadi, for the few who weren't convinced, the situation following the COVID-19 lockdown has demonstrated the importance of Google Workspace in making working practices more flexible and collaborative.

"The great thing about Google Meet is if my equipment isn't working, I can dial in over the phone, or join using my smartphone. The system adapts to users' needs, not the other way around." —Chadi Mraghni, Chief Information Officer, O2 Care Services

During the lockdown, O2 Care Services's management wanted to continue delivering its services wherever possible. This was especially important in cases where customers relied on those services, such as elderly people who could become isolated. However, it was also dependent on making sure all interactions were safe and compliant with the sanitary guidance. In order to manage its planning and provision of personal protective equipment (PPE), O2 Care Services made use of Google Workspace.

"In order to supply agencies with the masks, gowns, and gloves they needed, we created a Google Form so they could easily tell us what they required," says Chadi. "It was very difficult to buy masks, so we used Gmail, Google Meet, and Google Chat to share information and coordinate supplies." The management also used shared Sheets in order to keep track of supplies and other necessary provisions.

O2 Care Services was able to easily keep its home service providers updated with the latest information via their Android smartphones, and they also continued to receive job information and client details via their devices, as well as reporting their timekeeping via the QR code system.

Keeping information flowing during the lockdown

"Thankfully, as we already had Google Workspace in place, we could switch to distance working very easily when it became necessary. Quite simply, without it, that would have been very difficult, or even impossible." —Chadi Mraghni, Chief Information Officer, O2 Care Services

Otherwise, despite travel restrictions and the implementation of home working for administrative and managerial staff, O2 Care Services has been able to continue work on current projects. Since the beginning of the crisis, the management team has been holding management meetings every morning over Google Meet. And with the extension of Google Meet functionality during the crisis to include meetings of up to 250 people and the possibility to record and livestream calls, O2 Care Services has also used it to communicate more broadly.

"Yesterday, we had a meeting with all the agency managers, attended by almost 240 people, to communicate measures in relation to the crisis," says Chadi. "The meeting was led by a presentation coproduced by 20 people using Slides, and it was recorded and uploaded to the intranet for those who couldn't attend."

"The great thing about Meet is if my equipment isn't working, I can dial in over the phone or join using my smartphone," says Chadi. "The system adapts to users' needs, not the other way around. Everyone can join in using their own method."

According to Chadi, Google Workspace has been key to enabling administrative and managerial employees to keep working during the lockdown. "Thankfully, as we already had Google Workspace in place, we could switch to distance working very easily when it became necessary," says Chadi. "Quite simply, without it, that would have been very difficult, or even impossible."

Based on the enthusiasm for Google Workspace among employees following the switch to distance working, Chadi is now planning to extend usage, eliminating other productivity tools altogether. "By using only Google Workspace, there's an opportunity to save money in that area," he explains. "As everyone can now clearly see the benefits, it's the right time to do it."

With the goal of becoming the world leader in home care services, the Oui Care Group has been expanding its business internationally. In 2017, it acquired a major home care player in Spain with a presence in Portugal, Columbia, and Mexico. Six out of the eight other brands in the Oui Care Group have now also made the switch to Google Workspace, and Chadi believes it will be beneficial to the group as it grows.

"Our President, Guillaume Richard, has set a target of reaching a turnover of €2 billion by 2026," says Chadi. "When we have offices around the world, Google Workspace will continue supporting us in the day-to-day management of the group, as the solution is ready to go."

NRX is part of the IT Link Group that has specialized in Google Cloud technologies since 2005, supporting its clients in their digital transformation.