Using Google Workspace, Clarkstown Police Department has transformed the way its officers share information and digital evidence. It’s now exploring opportunities to move other services to the cloud to save more time and money. 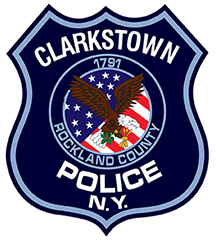 Clarkstown Police Department serves the 85,000 citizens of Clarkstown, in Rockland County, New York. It has 156 sworn police officers and 70 civilians and crossing guards, working together to keep the community safe.

Saving $20K to $30K a year on IT licensing costs alone

Located on the west bank of the Hudson River in the state of New York, Clarkstown has a population of 85,000. It is the business center of Rockland County, and its 46 square miles include major routes from upstate New York to New York City.

Clarkstown has gained a reputation as one of the safest and best small cities to live in the United States. For that, some credit must go to Clarkstown Police Department (PD), with its staff of 156 officers and 70 civilian employees.

“Everybody uses Google Workspace in our organization. We no longer have to print copies of every memo for every employee, and we can share digital evidence faster and more securely than ever.” - Sergeant Brian Gorsky, Information Technology Division, Clarkstown Police Department

Like many municipal police departments, Clarkstown PD is supported by a small IT team. The head is Sergeant Brian Gorsky, who after 17 years as a patrol officer, transferred to the IT division in 2011. At around the same time, Clarkstown PD shared much of its IT with the town hall—which had decided to move to Google Workspace. For Brian, it was an important step forward.

Back then, most patrol officers didn’t have their own email account, and the department didn’t have its own email server. Instead, email was accessible via five shared computers used for officers to write up reports. The department couldn’t give each member of staff his or her own email address because, according to Brian, “there was no good way to synchronize individual accounts.”

Catalyst for a culture change

Cloud-based email was an obvious alternative, so the Clarkstown PD introduced Gmail, the highly secure Google Workspace email solution. It was the start of a major cultural change across the whole department.

“Almost everything we do now is electronic, and most of our internal communications are through email,” says Brian. “Everybody now uses Gmail in our organization. We no longer have to print copies of every memo for every employee, and we can share digital evidence faster and more securely than ever.”

By way of example, Brian cites an instance where a citizen might receive a threatening voicemail from someone in the community. The person receiving the voicemail can email it as an MP3 file to the responding officer. The officer then forwards the message to the Digital Evidence Group—via a collaborative inbox set up in Google Groups. “The Digital Evidence Group inbox is monitored by five or six detectives,” Brian says. “Once they get a report, picture, video, or sound file, one of them can take ownership of it and process it as needed.”

Brian has found Gmail an ideal solution for Clarkstown PD’s needs. “It’s been easy to use—important for a workforce with varying degrees of IT knowledge—and the security has been excellent,” he says. “The spam filters are phenomenal. Very little gets through, and in the latest version even more phishing protection has been added.” That security, and the confidence Brian has in it, is clearly crucial for the sharing of digital evidence—particularly where that may include sensitive personal information.

Best of all, it has proved extremely cost effective. “By moving everything onto Google, we're saving $20K to $30K a year in IT licensing,” Brian says. The savings are being invested in additional work with Google Cloud Premier Partner, Tempus Nova to streamline workflows, free up police officer time, and drive further savings.

Gmail is the most important Google Workspace tool for the department at present, but several other products have also proved very useful, particularly for its community engagement work. For instance, the department does a lot of presentations and training, and historically, officers would have to put together their own presentations and often carry around the USB drive where they were stored.

That process has now been replaced and improved using Slides “We can give them a branded template that includes the PD logo, so all they have to do is add the text,” Brian explains. “Then, all they need is an internet connection and they can login to their Google Workspace account.”

Templates have also been developed in Docs for letters and memos, while Forms is being used to help improve vehicle maintenance. “When officers had a problem with their car, they used to call the desk sergeant and report issues—such as faulty air conditioning, a broken headlight, or a damaged lock. The sergeant would then add them to a handwritten list.”

Now, that has been replaced by a simple form with drop-down menus. When officers report issues, the desk sergeant enters them on to the form, following a consistent format and terminology thanks to the menus. Once the work is approved by supervisors, the details are automatically added to a spreadsheet in Sheets. The same spreadsheet is available to the mechanics at the department’s garage, which greatly simplifies repair tracking and completion.

The administrative burden is lifted from the desk sergeant, and the police department has more information about its vehicles and when they should be back on the road. Brian plans to create more forms, as he begins to use the Google low code development tool App Maker.

Migrating to its own domain

“Working with Google is refreshing; it feels more like a partnership than other providers.” - Sergeant Brian Gorsky, Information Technology Division, Clarkstown Police Department

An important step for Clarkstown PD was to set up a domain separate from the town hall.

“We were on the clarkstown.org domain,” he explains, “and two non-police department employees over in town hall were super administrators.” To eliminate concerns about outside teams accessing police information, the department created its own domain to have more control over its environment.

For Brian and the team, accomplishing this required a full-blown Google Workspace to Google Workspace migration because the instance is separate. The scale of the project—including migration of all the information stored on Drive—was too big for the department to manage itself, so he called Google for advice. “Google referred us to Tempus Nova, and they were fantastic,” he says. “We bought our licenses through them and they managed the whole migration. We weren’t sure how much we could actually migrate over, but they managed the vast majority of our information: all our email, our contacts, our calendar information, our documents.”

Along with guidance, Brian has found Google support a major asset, particularly for a four-person IT team. “Working with Google is refreshing; it feels more like a partnership compared to other providers.”

Since moving to its own domain, Clarkstown PD has already seen the advantages of having greater control of its IT. “We really wanted to make more use of Calendar, adding room booking functionality and being able to see who was available when,” says Brian. “It was difficult to do that across the whole organization, but now we can offer those capabilities. Calendar is becoming probably our number two most used application.”

The next step planned is the transition of the PD intranet to Sites. The intranet is a key channel for information sharing within the department and

Now, the department keeps a list of shift briefings—non-urgent, but useful information passed from one officer to colleagues. For example, it might say someone has an overnight parking permit and can park on the street; other officers won’t then waste time enquiring. Brian’s plan is to replicate that with Sites, but streamline the process by using a reporting form that automatically populates a spreadsheet, and then work with Tempus Nova to generate automatic email notifications, too.

“For me, what we are doing with Google is mostly about collaboration,” Brian concludes. “And collaboration is often what solves major crimes. So much of the technology available to support shared working in law enforcement is hard to use and that makes people hesitant to embrace it. But Google Workspace is intuitive and tools like App Maker are suitable for people like me without a programming background. With a little bit of time and effort, you can create efficiencies, improve processes, and collaborate more effectively.”