With Google Workspace, eir has built a platform designed for communication, collaboration, and security, enabling its employees to work nimbly and effectively, and enabling business continuity during COVID-19. 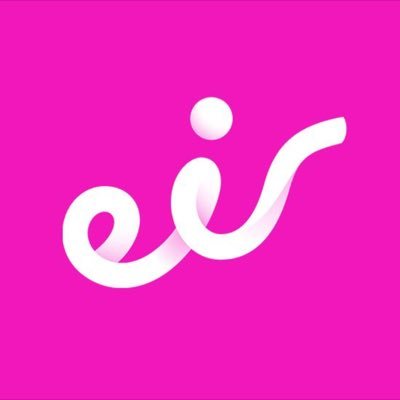 eir is Ireland’s principal provider of fixed line telecommunications services with a full range of voice, data, broadband, and TV services connecting more than 2 million customers whether they live in big cities or small villages.

• Enables employees to collaborate remotely over Google Docs, Sheets, and Slides, helping to ensure business continuity during COVID-19
• Eliminates storage limits with Gmail and Drive, allowing employees to work without worrying about full inboxes
• Simplifies and automates data retention procedures and helps to ensure GDPR compliance using Vault
• Reduces workload for IT teams, enabling them to focus on priority tasks, instead of administrative tasks

“We were in the midst of a major transformation project, and we knew that Google Workspace could play a big part in helping us make it happen.” —Roisin Clancy, Director of IT Operations, eir

At eir, telecommunications is about more than phone lines. It’s about using the latest technology, from fixed lines to mobile networks to fiber optic broadband, to connect its customers with the media and the people they care about the most. With a mission to be at the center of the digital experience, eir was one of the first companies in Ireland to offer a total package of home phone, mobile, broadband, and TV services to its 2 million customers.

In 2018, staff were reaching the limits of their email inboxes and on-premises file storage system, so the business decided to make a change. This decision was timely for two reasons: eir was in the midst of a company restructure, and GDPR had just come into effect across the EU, bringing with it new procedures to keep data safe and secure. eir needed a new cloud-based platform to streamline the way it worked and stay compliant with the latest regulations. The solution also needed to accommodate the different workflows and varying needs of eir’s employees, ranging from network engineers to retail staff to field-based teams.

After taking a few months to assess its needs and available options, eir chose Google Workspace for its ease of use, security, and value for money.

“As a company, we wanted to address our pain points while keeping costs low. Underpinning it all was our mission to be the number one telco in Ireland,” shares Roisin Clancy, Director of IT Operations at eir. “We were in the midst of a major transformation project, and we knew that Google Workspace could play a big part in helping us make it happen.”

A cloud-based solution for a modern, mobile workforce

“With cloud-based storage, we have much more oversight of which files are where. Before, staff stored files on their company computers, and data could easily be deleted. With Google Drive, that’s not a problem anymore.” —Frank O’Mahony, Internal Helpdesk Supervisor, eir

At the time, eir had begun work on an extensive fibre optic network and was attracting new customers and greatly expanding its range of products. The company’s size and the increasing demand for its products led to greater demands on its existing on-premises IT infrastructure as staff began working with bigger and bigger files and filling their inboxes.

“We saw huge growth in the amount of data we needed to manage in our file storage and our mail exchange servers,” says Roisin. “We had to find workarounds, such as deleting old files, to make sure that we kept to our limits. As the volume of data grew, that became harder for our IT staff to manage.”

“We were getting tickets every day about the storage problems,” adds Frank O’Mahony, Internal Helpdesk Supervisor at eir. “It was a lot of management overhead for us to deal with these kinds of problems, and it was absorbing a lot of staff effort.”

In May that year, GDPR came into effect, which had big implications for eir. As an internet provider working with sensitive data, the company was keen to not only comply with the latest requirements but also make sure that its customers’ data was held to the highest standards of security. The existing on-premises infrastructure meant that data was stored in separate archives and often on local devices, which affected eir’s email system as well. While the data was secure, administration was complicated. Adapting to new regulations would eat into IT resources, which were already stretched.

By late 2018, eir was ready to migrate its productivity and email solution over to Google Workspace, but with a large workforce of approximately 3,500 employees, rolling out the new platform would be a complex task. Several groups, such as the field teams and call centers, also worked with proprietary tools which relied on the existing system, so eir had to be strategic about the migration. Partnering with Google Cloud Premier Partner Ancoris helped eir to minimize disruption during the migration and ensure that its customers were not affected.

One of the most important factors to consider was how to bring together eir’s various teams, as each one works in different ways and has different needs. Field teams, for example, often use specialized proprietary tools during their work, which still depended on the existing file-sharing system. Office-based staff could be switched over to Google Workspace more easily. Ancoris helped eir to better understand its IT landscape and identify a plan of action, which involved migrating in stages to minimize disruption to the business. “The Ancoris team was very supportive, helping to plan weekly migration phases and Google Workspace sessions for our staff,” says Frank. “We had webinars, how-to guides, and trainers who came into the office to show our staff how to make the most of the new solutions we had with Google Workspace.”

The first priority for eir was to resolve its file storage situation, and here Drive proved essential, not just for storage space but also administration. “With cloud-based storage, we have much more oversight of which files are where,” says Frank. “Before, staff stored files on their company computers, and data could easily be deleted. With Drive, that’s not a problem anymore.”

Gmail replaced the mail solution and instantly overcame the problems with space limitations. Beyond email, the addition of video conferencing with Google Meet has helped workers to connect in different ways. For the company’s office-based workers, Docs, Sheets, and Slides provide all the productivity tools they need to continue their work. The addition of live editing means that employees are no longer sending different versions over email, which can lead to confusion and lost work. Instead, they can work together in real time, on the same document, so there’s always just one true version.

A platform built for stability, security, and productivity

“Google Workspace helped us to very quickly switch to remote working during lockdown, so we could continue projects such as extending our fibre optic network, and keep delivering the best possible service to our customers.” —Roisin Clancy, Director of IT Operations, eir

With Google Workspace, eir has built a solution that helps its teams focus on the work they’re best at, such as building new features or helping customers with their queries, without worrying about managing the platform. “Since the migration to Google Workspace, our run-of-the-mill problems have disappeared,” says Frank. “We don’t have to worry about connectivity issues or lost documents. Everything’s saved in the cloud, so it’s not an issue if someone’s machine stops working.”

Google Workspace has not only eased admin for IT staff, it has also helped eir’s workforce to pioneer new solutions for themselves. Staff are experimenting with more advanced tools such as Apps Script to automate some of their work in Sheets, for example. The Internal Communications team has started working with Forms to create surveys and generate feedback loops about company processes, improving employee communication. The company is already starting to see the benefits that come from everything being on one platform.

eir has also made its infrastructure more secure, aligning it with GDPR regulations using Vault to quickly and easily specify data retention procedures. With several business groups to administer, eir now manages all its compliance in one secure place. “From an IT management perspective, Google Vault has been brilliant,” says Frank. “Whether it’s data retention rules or security issues, Vault makes it very easy to search from the admin console and bring it to the attention of our internal auditors.”

When eir first moved to Google Workspace in 2018, it was also in the process of moving into several new offices, spread out across Dublin, which made face-to-face meetings harder to organize. Having Meet available for everyone to use, wherever they are, enables a mobile workforce without compromising productivity, reducing the time required for traveling to meetings and the need for transport to and from locations. “We had video conferencing before, but it was only in specific meeting rooms in the offices,” says Roisin. “Now, our users can use Meet to communicate from any location with any device.”

Mobility became a key issue in early 2020 when Ireland went into lockdown due to COVID-19. With their new productivity solution, eir staff were able to work remotely, on a range of devices. Google Meet became a vital part of eir’s new way of working, with usage increasing by 315% over four months. “Town halls” traditionally held by senior staff took place over Meet, with a large part of the workforce attending one meeting held by the CEO. Meanwhile, staff began to work in teams and set up shared drives and documents without needing to request extra permission or resources from IT.

“Google Workspace helped us to very quickly switch to remote working during lockdown, so we could continue projects such as extending our fiber optic network and keep delivering the best possible service to our customers,” says Roisin.

As eir continues to build out its network, it will focus on bringing the remaining approximately 700 employees, who need access to specialized roles and tools, onto Google Workspace. The company also plans to expand its hardware offering and provide Chromebooks to users who want a device optimized for Google Workspace. Meanwhile, staff in retail stores are exploring Drive File Stream to digitize the customer onboarding process, which is traditionally paper based. “We’re doing a lot to upgrade not just the technology we work with, but the way we work, increasing productivity and collaboration while lowering our environmental impact. Google Workspace has really helped us with that,” says Roisin.

Ancoris is a Google Cloud Premier Partner helping organizations speed up their digital transformation with cloud, data, and mobile services to become agile.